Re: Daily Market Analysis from ForexMart

Oil prices are rising for the second day in a row. The current Brent quotation is $41.40 per barrel.

The reason for the strengthening was the suspension of oil and gas production in the United States due to hurricane Sally in the Gulf of Mexico. The current estimate for the total loss of production is between 3 and 6 million barrels of oil in about 11 days.

Additional support to prices was provided by yesterday's report from the American Petroleum Institute (API), which showed a decrease in oil reserves in the United States by 9.5 million barrels, to 494.6 million. Analysts predicted an increase in reserves by 1.3 million barrels.

The dynamics of the oil market also depends on the results of the two-day meeting of the US Federal Reserve System. If the event provides support for the dollar, oil prices are expected to show a correction.

On Wednesday, the USD/CAD pair is moderately declining from the level of 1.3200. The current quote of the pair is 1.3160.

Statistics released yesterday from the US and Canada turned out to be weak. In the United States, data on industrial production were presented, the volume of which fell from 3.5% to 0.4% in August. The forecast assumed a reduction to 1.0%. Canada shared data on manufacturing sales, which fell from 23.0% to 7.0%.

Today you should pay attention to the results of the two-day meeting of the US Federal Reserve. Investors do not expect changes in interest rates or the course of monetary policy, policy, but the subsequent press conference of Jerome Powell will be of interest. The head of the Fed should comment on the issue of further interest rate cuts.

In Canada, a block of data on the dynamics of consumer prices will be published today. Market participants expect inflation to rise from 0.1% to 0.3%, which may provide some support to the Canadian dollar. 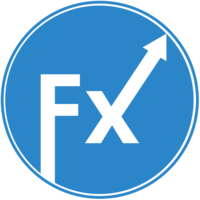 Re: Daily Market Analysis from ForexMart

by KostiaForexMart Yesterday at 3:13 pm

EUR/USD. September 17, 2020 – The dollar strengthened after the meeting of the US Federal Reserve, but not for long

Yesterday, the results of the two-day meeting of the US Federal Reserve became known, which provided significant support to the dollar. In the evening hours, the quotes of the EUR/USD pair fell to the level of 1.1735. However, on Thursday the euro managed to make up for all the losses and return to the level of 1.1800.

The Open Markets Committee of the Federal Reserve System decided to leave the parameters of monetary policy unchanged. The key rate was kept at the historically minimal level – in the range of 0-0.25% per annum. At the same time, most Fed leaders expect the rate to remain in the current range until the end of 2023.

The ultra-soft monetary policy will continue until unemployment drops to estimated levels and inflation accelerates to 2%.

The Central Bank also improved its forecasts for GDP and unemployment for 2020: from -6.5% to -3.7% and from 9.3% to 7.6%. Jerome Powell noted that over the past two months, the US economy has been recovering faster than expected.

Yesterday at 3:13 pm by KostiaForexMart

Yesterday at 12:51 pm by Instaforex Bella

» How to holiday place of Dubai